During the summer, we are working part-time and shipping orders as needed. If you have an urgent in-stock order, please call 1-877-335-8904.

Goal: Learn about a different culture by creating beautiful art that comes from their country!

Begin with your usual opening. When your group is happy and settled, tell them that they will be using their imaginations and creativity to travel to a distant country - Japan! They will do this by making some beautiful Japanese art and enjoying some yummy Japanese snacks.

Take a regular piece of paper and cut it into an arched “rainbow” shape, about 4 inches thick and 7 inches long.  You can decorate your fan using paint or markers.  How you decorate your fan is up to you.  Below are some Japanese characters that you can draw on your fan.

When you finish decorating your fan, it’s time to make your fan’s handle.  Take 4 Popsicle sticks and arrange them so that they all connect at the bottom and fan out.  Glue the bottoms together, and then glue the tops of the Popsicle sticks to the back of the fan.  There you have your beautiful Japanese fan!

You can create a pretty wall hanging by making 3 or 4 fans, arranging them one above the other in a line, and using a ribbon to attach them along the backs.

Koinobori are kites that are made to resemble carp fish. The Japanese traditionally hang them in the wind to celebrate Children’s Day, a national holiday celebrating kids.

Take a big piece of construction paper (12”x18” would be best); this will be your carp’s body. Lengthwise, draw lines about 1 inch apart down the page, leaving a couple of inches blank at the bottom for the carp’s face.

Next, take some different coloured tissue paper and cut a bunch of little semi-circle pieces. These semi-circles are the carp’s scales. Using the lines you drew on the construction paper as a guide, glue the scales in rows along the carp, again leaving the bottom blank for the carp’s face. Make sure that the scales overlap each other and cover the underlying construction paper.

Now take some different coloured crepe paper streamers and glue them along the bottom of the carp’s body, after the first row of scales. These streamers will blow beautifully behind the kite in the wind.

To bring it all together, roll your carp kite into a cylinder and glue the ends together so that it holds. Punch a hole on either side of the carp’s face and attach a string so that you can hang your koinobori up. Watch it bob and swim around in the wind!

Begin with a square piece of paper. If you are using origami paper, begin with the coloured side down.

Now, fold lower corner of the top layer upward so that the upper corner peaks out.

Fold the other lower corner up in the same way.  Make sure that the crease is even with the crease of the first layer.

You now have your basic butterfly shape. Decorate the wings so they resemble the wing patterns of a beautiful butterfly.  You can also make the butterfly flap its wings!  Gently press up and down on the body and watch the butterfly’s wings flap! Japanese characters that you can copy onto your Japanese fan craft or use as a reference for your Woodblock Printing craft.

Woodblock printing is a Japanese art where you carve a design into a block of wood and use it as a stamp to create ink and paint prints.  You can make your own “woodblock” painting using a softer material—foam!

Using the tip of a pen, etch a pretty design into your foam piece.  You can draw flowers or an animal or some of the Japanese characters from the previous craft…use your imagination!  Your print will look best if your design fills up most of your foam shape.  NOTE: Any design that you draw will be printed on the paper in reverse, so if you want to add words to your design, make sure you write them backwards!  There you have your “woodblock” stamp.

Now it’s time to print.  Woodblock paintings are typically done in black, but you can use any colour you want.  Using a foam paint brush or a paint roller, spread some paint onto your design.  Try to not apply the paint too thickly or your design will come out blotchy on the paper.  Turn your design face down and carefully press it onto the paper.  Pat the back of your stamp gently—if you press down too hard, you may blot out the design.  After a moment, carefully peel your stamp off the paper and take a look at your beautiful print!  It may take a few tries to get the amount of paint right, but the beauty of printing is that you get to do it over and over again.

This recipe tells you how to make 8 maki.  Maki is a cylindrical sushi rolled using a bamboo mat.  You can buy bamboo mats at any Japanese or Korean grocery store, as well as Whole Foods.

For little ones, it would be best to prepare and portion all the ingredients before you make this snack.  Begin by precooking 1 and ½ cups sushi rice ahead of time and chilling it in a refrigerator (the rice will only stick together properly if it is cold).  After the rice is nice and cool, mix in about ½ cup of sushi vinegar for flavour.  Pre-chop the vegetables you want to use as filling for your sushi.  Some good vegetables for making sushi are avocado, cucumber, cooked sweet potato, and carrots.  The vegetable will roll best if you slice them into long, thin strips.

Roll out your bamboo mat and lay a sheet of nori (seaweed) onto the mat with the shiny side facing down.  Wet your hands in some water first, and then take a handful of sushi rice.  Lay the sushi rice along the bottom 1/3 of the nori and pat it down so that it stays in place.  Be sure to pat the rice gently, so that it is about ¼ thick.

You can now begin laying on your veggie fillings!  Try to use only 1-3 vegetable ingredients, as adding more will make the sushi more difficult to roll.  Begin by placing the largest cut filling first and then adding one or two pieces of other vegetables.  Remember: the fewer ingredients you use, the easier the sushi will be to roll.

Cut the sushi roll into bite-sized pieces.  Use a sharp knife to cut the maki into 8 even pieces.  Serve your sushi with a side of soy sauce, pickled ginger, and wasabi for a more authentic experience.  Enjoy your healthy and delicious Japanese snack!

The group divides into two equal teams. The two teams hold hands in a line and stand facing each other.  One player from each team plays jan-ken (meaning rock-paper-scissors) against each other.  When one player wins, their group advances on the other group and sings the victory song, “Katte ureshii hanaichimonme,” which means, “We are happy to have won this round!”  As they step forward, the losing team steps backwards.  Then, the losing team steps forward and sings the losing song, “Makete kuyashii hanaichimonme,” which means, “We hate to lose!”  As the losing team steps forward, the winning team steps backwards.  The two teams then discuss amongst themselves who they want to steal from the other team.  The two chosen players play jan-ken against each other, and the loser must join the other team.  The children repeat the game until only one player remains on one of the teams.

When ‘It’ finishes the sentence, they quickly turn around.  The other players need to freeze before ‘It’ turns around.  If ‘It’ catches a player moving, that player must hold hands with ‘It’ and stand facing the wall at the front.

If a player reaches ‘It’ before they finish the sentence, they must tap ‘It’ on the back.  All the players then run away from ‘It.’ If ‘It’ has captured one or more players already, however, then the person who reaches ‘It’ must instead try to break ‘It’s’ hands apart from a prisoner before running away.

After ‘It’ has been tapped on the back, or after one of their prisoners has been freed, ‘It’ can turn around and yell, “Tomare!” which means, “Stop!”  All the players must freeze.  The person who is ‘It’ can then take up to three steps to try and reach one of the players.  If ‘It’ manages to reach a player, then the player switches with them and becomes the new ‘It.’ If not, then the game restarts.

To listen to some traditional Japanese children’s songs and read the translated lyrics, go to this website: http://www.mamalisa.com/?p=528&t=ec&c=85

Have the kids share and describe their beautiful art with one another.  Enjoy your regular Closing. 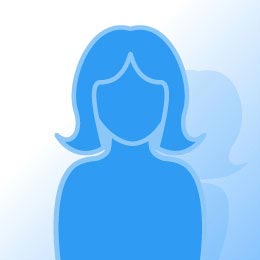 This Meeting Plan was researched and written by our intern Sara McGuire.

Anne Legault-Bennett May 20, 2022 My unit loved all the of the activities. We made the whole meeting into a weekend virtual camp. Thank you so much for sharing!
Add your comment...